Welders Guide: AC/DC How to Weld with Stick and TIG on Alternating Current

There might be affiliate links in this post. Buying through them can earn us a small commission at no cost to you. This covers our wages and keeps our resources free to use.

As a novice of the welding trade, you may from time to time hear your colleagues speak about different AC vs DC welding and what’s best to apply them when having some problems with welding. They will often talk about machines that can work on both direct and alternating current.

What to use? Which is better, AC or DC?

This is a frequently asked question in the workplace or on welding forums and is must-know knowledge when buying a TIG Welder (especially the more expensive ones).

So here is all that you need to know about this dilemma. Not to mention a few things that you don’t need to know but will help you better grasp the full picture

It is the flow of charged particles the electrons. And the difference between these two is in their flow.

What is DC (short)

A good example of DC is the simple battery that you have in your TV remote. On it, the charged particles flow from negative (-) to positive (+) until the battery discharges completely.

DC is mainly used for low voltage applications, electronics, circuit boards, solar panels also like one in your welding helmet and of course welding. Furthermore, DC is used for all types of welding around 85% more than AC.

What is AC (short)

AC is the opposite. Its flow alternates constantly from positive to negative and back again, traveling in two directions (bi-directional). It makes a wave-like pattern or sinusoid. In other words, current constantly oscillates in repletion and at a rate of sixty times per second or 60 hertz (in US).

AC dominates the world because of its ability to efficiently distribute power over long distances. It’s used to deliver electricity to households, business etc. for example all your house lights are on AC current.

So, what does all of this mean to welders?

When it comes to welding, most high-powered machines are run on DC or have the ability to change from DC to AC current like some professional TIG welders. Most of all metals and metal alloys except aluminum and magnesium are welded with DC, especially when wedding higher strength and low alloy steels. Direct current is the only way to do it.

Alternating current has its own uses with MMA (stick) and TIG welding processes.

MIG welders to my knowledge can’t run on AC except some inexpensive ones called “buzz boxes”.  There is no decent MIG welding machine out there that can perform well on AC. Some glassless flux core welders can give you a decent beat but then again it will be low penetration and with a lot of splatters.

In the MMA case, using special electrodes alternating current can help when the base metal is magnetized and the “arc blow “appears.  Switching to AC most often ends the problem.

In a TIG’s case, aluminum is always welded with AC current because of a special property of aluminum alloy that has a problem with melting point. This is a problem that Alternating current solves.

As said above the only way to weld aluminum and magnesium with the TIG process is on the alternating current. This is because aluminum has basically two layers, the base aluminum, and aluminum oxide. The oxide is essentially formed when metal is exposed to air and it has much higher melting point of about 3600-degree F. For example, base aluminum melts at 1200-degree F.

Now that’s where AC’s clean properties come in. An alternate current can basically transform the torch into a ray-gun.

Now you know that the current flow moves from positive to negative and back again many times a second. So, when flow flips to electrode positive portion of the AC cycle (when current flows from the base metal back to the electrode) it actually provides a “cleaning” action and the electric arc blasts of surface oxides.

Then when the cycle alternates back into the electrode negative (current flows from the electrode to base metal) and properly melts and fuses the aluminum base metal.
It is the best way to weld aluminum. It is low on speed but the quality of the joint metal is superb and is aesthetically pleasing.

Note again that most of the welding is done on DC output, DC negative (-) called “straight” and DC positive (+) “reverse”. Of which DC+ is much more used today.

DC- was once the norm for stick welding before the invention of inverter technology. Now it is used on thin sheet metal in an attempt to prevent burning through the material or on places where metal would not be exposed to extreme temperature changes or hazardous water.

So why then use AC at all? Well, often there comes the problem in stick welding. It’s a huge problem and no matter how good of a welder you are or how well you prepare and clean base metal you will not be able to weld it successfully. This phenomenon is called the “arc blow”.

Sometimes you will be able to solve it by changing the electrode or moving a ground clamp to another place. However, if that doesn’t work, the only solution is the alternate current. It occurs because the base metal is too magnetized or there is a current problem whatever it is, the arc from the electrode starts to slide to one side or the other.

It starts to spit metal drops on one side and burn/melt the material on the other. AC current’s fast altering nature successfully eliminates this problem.

Wanna see how this works in practice?

Here is a phenomenal vintage video from 1944 where the arc blow problem is perfectly shown.

You can see on this graph how current alternates from positive to negative. It crosses this straight line by the middle. That line represents the zero amperage or no output.

At that moment most of the electrodes tend to “pop-out” and the arc then extinguishes momentarily closing the porosity in the process. It could also extinguish permanently, causing you a lot of headaches and extra work.

They met when Tesla came to America looking for work with a glowing letter of recommendation addressed to Edison. Edison hired Tesla to improve his electrical conversion models. What happened next has become a matter of he said/he said. Tesla protested that he wasn’t getting paid enough.

Edison countered that Tesla’s insistence on using AC was far too dangerous and uncontrollable. Tesla rebutted that AC was more efficient, less expensive and more reliable than DC dynamos and that Edison was only interested in royalties. Words were said, animals were electrocuted. The rivalry came to a peak at the Chicago World’s Fair in 1893.

Edison had General Electric in his corner. Tesla, meanwhile, had partnered with Westinghouse. There was a bidding war to see who would power the coming fair. Westinghouse won that battle, using Tesla’s alternating current for the cost of $399,000 compared to General Electric’s bid of $554,000. On Nov. 16, 1896, Tesla had won out when Buffalo was lit up using AC generated by Niagara Falls. Many other cities followed suit.

Origins and The War of Current

For the whole great AC vs DC debate, we have to thank to rivaling electrical engineering geniuses. Thomas Edison, the Wizard of Menlo Park, is credited with the invention (among other things) of the light bulb.

Nikola Tesla is credited with inventing the Twentieth Century. Before long, every other city in America was running on AC.

Edison sold his remaining stock in Edison Electric Illuminating of New York and went on to other projects after apologizing to William Stanley Jr., inventor of the AC transformer. No word on whether he tried burying the hatchet with Tesla.

AC versus DC is a long-held debate. Is it better for the current flow to be unidirectional or alternating from positive to negative? In the end, DC is best for MIG welding and AC is best for TIG welding. AC is also suitable for stick welding. You will have to take some precautions. In any case, electricity is like fire and money; a wonderful servant but a terrible master. Use it wisely and you can be proud of a job well done.

They met when Tesla came to America looking for work with a glowing letter of recommendation addressed to Edison. Edison hired Tesla to improve his electrical conversion models. What happened next has become a matter of he said/he said. Tesla protested that he wasn’t getting paid enough.

Edison countered that Tesla’s insistence on using AC was far too dangerous and uncontrollable. Tesla rebutted that AC was more efficient, less expensive and more reliable than DC dynamos and that Edison was only interested in royalties. Words were said, animals were electrocuted. The rivalry came to a peak at the Chicago World’s Fair in 1893.

Edison had General Electric in his corner. Tesla, meanwhile, had partnered with Westinghouse. There was a bidding war to see who would power the coming fair. Westinghouse won that battle, using Tesla’s alternating current for the cost of $399,000 compared to General Electric’s bid of $554,000. On Nov. 16, 1896, Tesla had won out when Buffalo was lit up using AC generated by Niagara Falls. Many other cities followed suit. 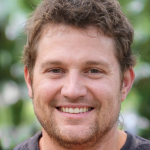 Hello, I'm Derek. I'm a web designer and a certificate pipe welder. I'm responsible for the technical part of this website and I also write welding blogs about topics that I am more familiar then Adam. Hope that you will like what we do here.

As an active welder and welding instructor, together with my girl, and a couple of my friends, I made this blog to talk about welding gear, welding tips, and job opportunities for welders in today's turbulent world.

We are trying to make quality articles filled with facts and suggestions for new and seasoned colleagues. We are exploring all the subjects one by one, and we are also doing reviews of welding gear. Check our site and tell us what you think.

How to MIG Weld

How to TIG Weld

Disclaimer Weldingpros.net is a participant in the Amazon Services LLC Associates Program, an affiliate advertising program designed to provide a means for sites to earn advertising fees by advertising and linking to amazon.com.

As a YesWelder affiliate, I earn commissions for qualifying purchases

Pick Up Your Free Welding Symbols Hand Chart That We Made!Thirty pages of welding symbols in High-Quality PDF! Just type your email below!